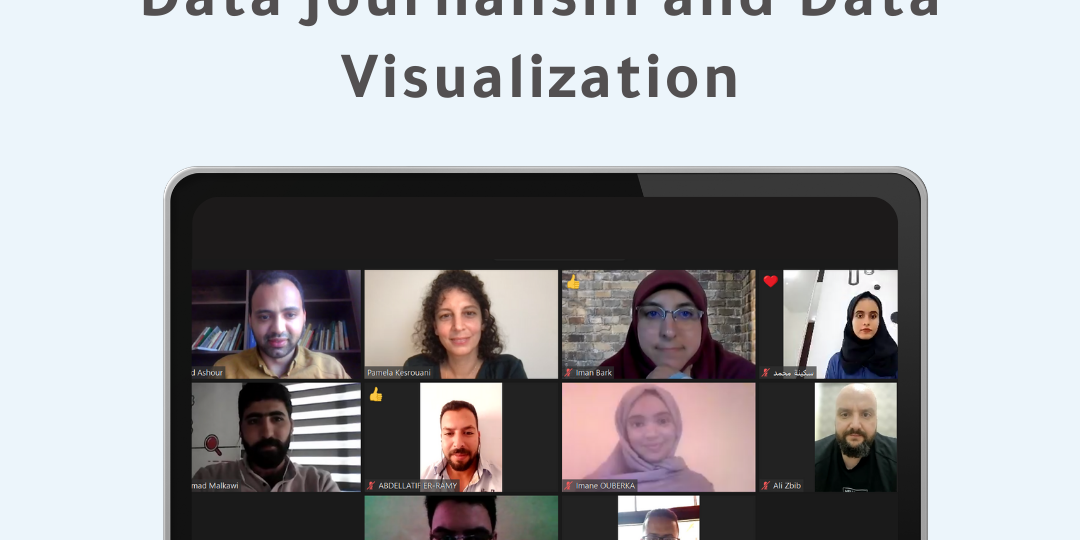 Following the series of trainings that were launched this year in April 2022 in partnership with the Google News Initiative, the Arab Fact-Checkers Network (AFCN) led by ARIJ, organised the second and third sessions titled “Data Journalism and Data Visualisation Workshop” on 21 and 22 June 2022, with the attendance of 23 fact-checkers from different organisations and initiatives, as well as independent fact-checkers, via Zoom.

During the first day, the participants were introduced to search and visualisation tools such as Pinpoint and Flourish and learned how to use them. On the second day, Kesrouani showed how to establish storytelling through Google Maps and environmental journalism tools.

During the two sessions, Kesrouani answered many questions about the Flourish tool and data visualisation and storytelling, and the use of Google Maps to detect disinformation and image forgery.

“All the contents today were important and wonderful, from Flourish to processing the data via Google and presenting it visually”, said Mohammed Ali Mahroos, a fact-checker from the Yemeni platform Fact Yemen.

Ohood Mohammed Khalil, an independent fact-checker from Jordan, commented on the benefits of using Google Maps in tracking disinformation and establishing effective storytelling.

It is worth mentioning that the cooperation between the Arab Fact-Checkers Network (AFCN) and Google News Initiative is maintained providing a series of trainings throughout 2022, these trainings will provide capacity building opportunities and enable fact-checkers in the Arab world to master the tools that will aid them in fact-checking.