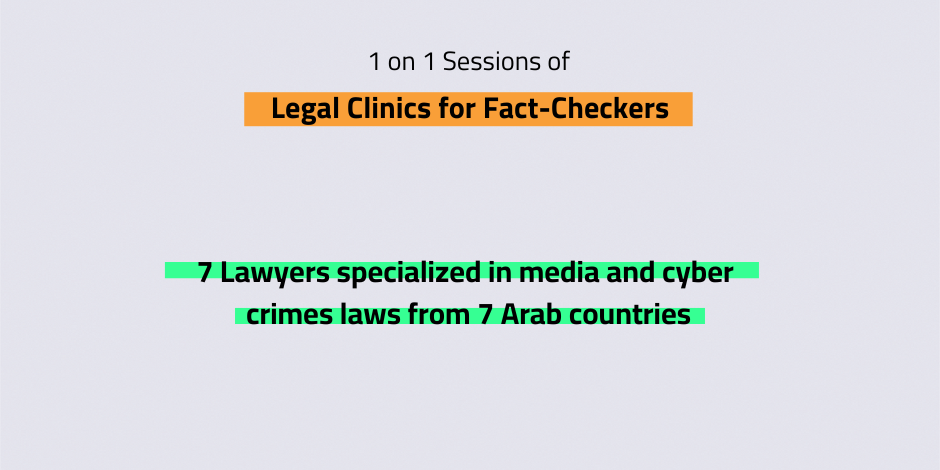 The participants, independents and representatives of fact-checking institutions/initiatives, confirmed the benefit they had from these clinics, as they discussed, during their individual sessions, everything they needed to know about media laws, cybercrime and publishing in their countries, in addition to reviewing their legal affairs, and some of them continued to communicate with lawyers after clinics.

Zainab Rushdi, an Iraqi fact-checker from the “Jumar” organization, when asked about the extent to which she benefited from the session, says, “I was completely ignorant of the existence of a law that guarantees the journalist access information and punishes the party that don’t give the journalist the information, especially the official authorities.”

The independent fact-checker Mahmoud Ghzayel from Lebanon added that the session provided him with information on how to deal with publications and legal entities in the event of a summon.