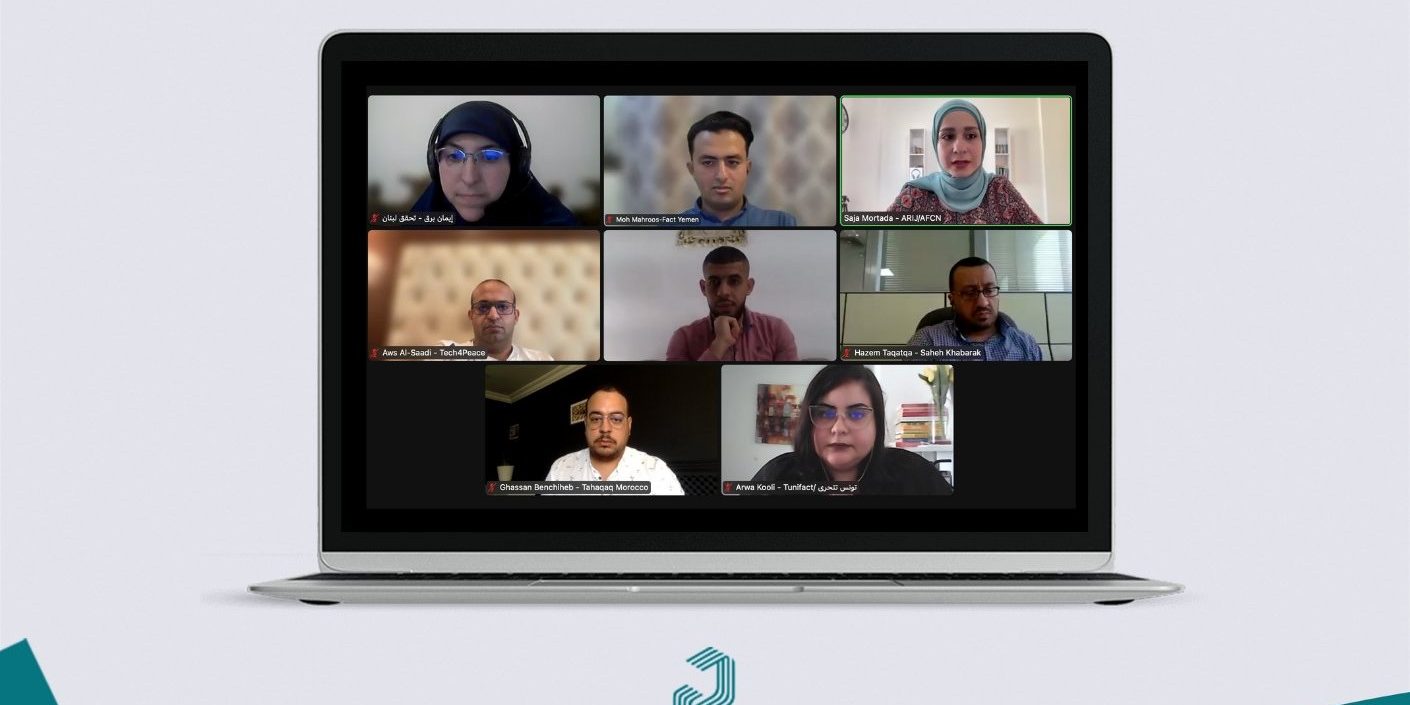 “Dalil” 1st webinar: Facing the challenges of fact-checkers in the Arab world

On June 1st 2022, The Arab Fact-Checkers Network (AFCN) led by ARIJ hold the first webinar under the Dalil project, where 7 representatives of Arab fact-checking organisations/initiatives from the targeted countries were invited to talk about the most prominent challenges they face and to discuss how #Dalil would help them to reach  their goals.

The webinar was moderated by AFCN manager, Saja Mortada, who hosted representatives of seven fact-checking organisations and initiatives from Jordan, Lebanon, Iraq, Palestine, Morocco, Tunisia and Yemen. The representatives talked about their challenges, the network and how they could contribute to the development of fact-checking in the countries.

“We are facing the challenge in promoting the critical sense of Moroccans about dis/misinformation. That’s why our mission is to leave a societal impact by organising training and meetings to reach to the society and change the idea that everything that is published on social media platforms is real.” said Ghassan Benchiheb, founder of the Moroccan fact-checking organisation “Tahaqaq”.

The Dalil project is part of AFCN led by ARIJ, with the support of the European Union and in cooperation with SIREN and JOSA. The project aims to increase the usage of locally driven, fact-checked online news in seven countries in the MENA region (Jordan, Lebanon, Iraq, Palestine, Morocco, Tunisia & Yemen).

Within Dalil project: AFCN concludes a workshop on SEO
September 15, 2022
Go to Top