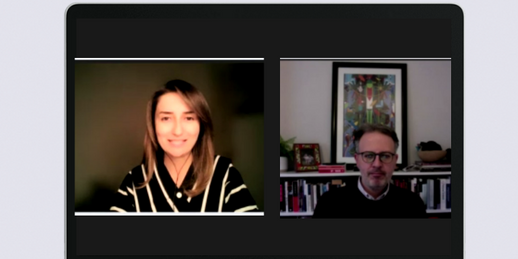 Dalil 6th Webinar : How Fact-Checkers can protect themselves legally?

The Arab Fact-Checkers Network (AFCN) led by ARIJ organised the sixth webinar within Dalil project under the title “How Fact-Checkers can protect themselves legally in the MENA region?”, which is supported by the European Union, and in cooperation with “SIREN” in Lebanon and “JOSA” in Jordan.

Media Defence Team trained in the webinar, represented by: Padraig Haggs, Legal Director, and two Lawyers, Carlos Gayo and Saba Ashraf. The online webinar was moderated by Rasha Faeq, a trainer and consultant at Arab Fact-checkers Network. The webinar lasted approximately two hours and was attended by more than 160 participants.

The trainers  dealt with the ways fact-checkers can protect themselves legally in several respects and reviewed examples to maintain the security of their information on electronic devices used to act against espionage and theft of data, which may endanger their sources, in case someone was able to access/track the information with no prior permission.

During the session, the trainers responded to questions and queries raised by participants. They discussed international laws that can protect fact-checkers if necessary, how to record information, and when to contact a lawyer.

Hajar Al-Owaini, an independent journalist from Tunisia participating in the webinar, says: “Frankly, the provided information was essential and engaging, and that’s why we need to re-examine it to take advantage of it; thank you very much.”

Kamel Gabr, an independent journalist from Iraq, added: “The panellists discussed much fruitful information, but the most important is knowledge and familiarity with international laws that do justice to the journalist in the event of injustice in the town where he/she is investigating and fact-checking.”