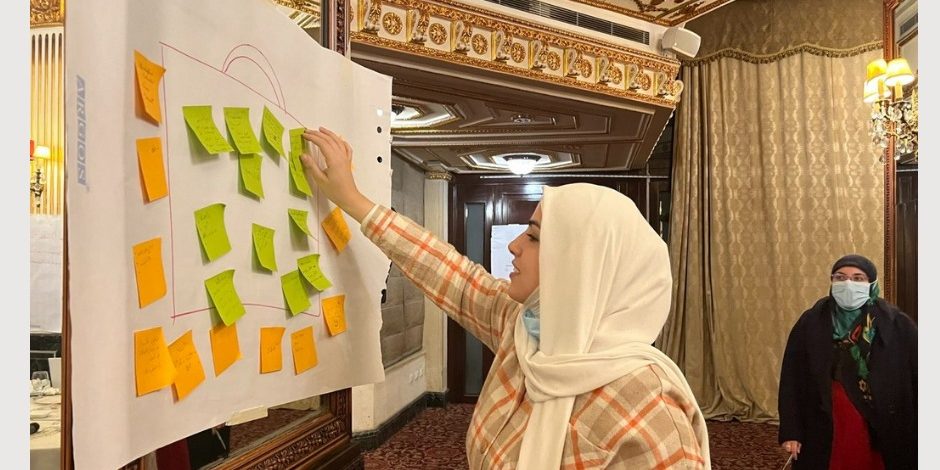 The Arab Fact-Checkers Network (AFCN) led by ARIJ held a four-days workshop in Beirut, on “Pre and Post-publication Fact-Checking” ahead of the Parliamentary Elections, between January 17-20, 2022, within the project “Sa7” which is part of the regional program “Qarib”, implemented by the French Agency for Media Development (CFI) and funded by the French Agency for Development (AFD).

During the first three days of the workshop, the trainers Hussein Sharif and Nada Saab from the Maharat Foundation (Fact-O-Meter), trained 15 independent Fact-Checkers, independent journalists and journalists from different Lebanese media organisations on the methodology of fact-checking political content after being published. Participants learned how to select reliable sources, how to review evidence, and were trained in tools that help verify photos and videos.

During the last day of the training, Saja Mortada, journalist and AFCN manager, led the training on ARIJ’s pre-publication fact-checking methodology.

“The importance of the workshop is to focus on fact-checking information before it spreads widely, which is essential to our work as journalists,” says Rebecca Semaan, one of the Lebanese journalists who participated in the workshop.

For his part, Ghadi Saleh, another journalist who attended the workshop, stressed the importance of training in the fact-checking methodology and the tools that help in fact-checking.

It is reported that a fact-checker from a fact-checking initiative in Lebanon participated in the workshop, as well as 2 freelance fact-checkers, 9 journalists from media organisations and 3 independent journalists who exchanged ideas, experiences and knowledge during 4 interactive training days.