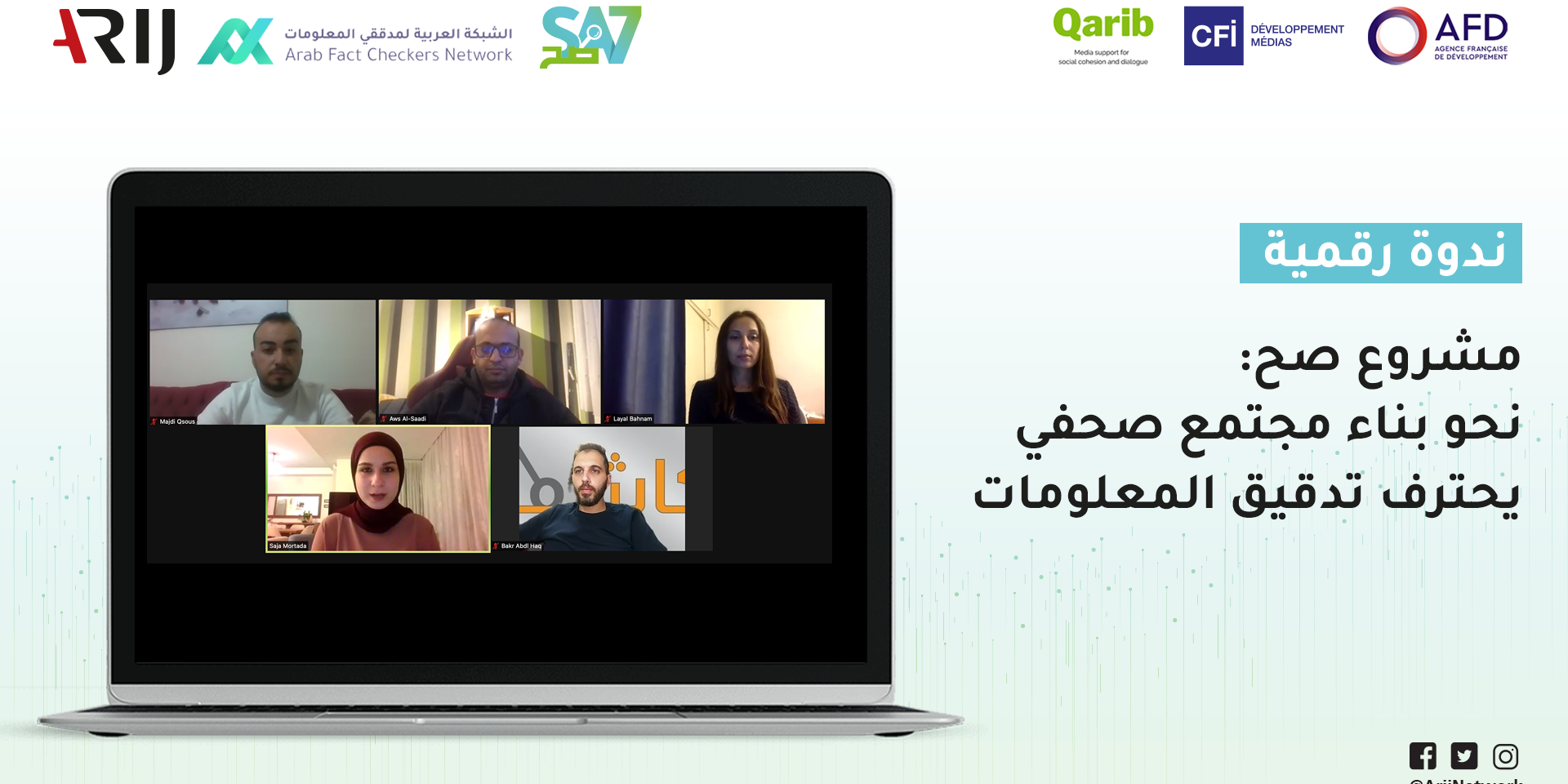 The Arab Fact-Checkers Network (AFCN), led by the ARIJ, hosted the first webinar of the Sa7 Project on January 11, 2022, with over 190 participants via Zoom and 1,100 viewers on Facebook, under the title “Sa7 Project: towards building a professional society of fact-checking journalism”. The SA7 project was recently launched by AFCN, within the Qarib program, implemented by the French Agency for Media Development (CFI) and funded by the French Agency for Development (AFD).

The webinar was moderated by the Manager of AFCN, Saja Mortada, who hosted representatives of four fact-checking organisations and initiatives from Jordan, Lebanon, Palestine, and Iraq. The representatives talked about the network, the project, and how they could contribute to the development of fact-checking in the four countries.

Ms. Mortada began the session by providing an overview of the AFCN and the sa7-project, including its objectives, target groups, and activities planned for 2022 and 2023.

The webinar included presentations of the experiences of the four institutions, where Layal Benham, Program Manager at Maharat Foundation (Fact-o-meter) in Lebanon, Aws Al-Saadi, founder of Tech 4 Peace in Iraq, Bakr Abdel Haq, Managing Editor of the Palestinian Observatory for Verification and Media Education (Kashif) in Palestine, and Majdi Qsous, Deputy Editor-in-chief of the Jordanian Media Credibility Monitor (Akeed) in Jordan, talked about their experiences, challenges, and opportunities provided by AFCN.

It is worth noting that the Sa7 project aims to promote best practises, methodologies, and tools for fact checking in the Arab region, particularly in Lebanon, Jordan, Palestine, and Iraq, which are countries facing political, economic, and security challenges and a declining public trust in the media.