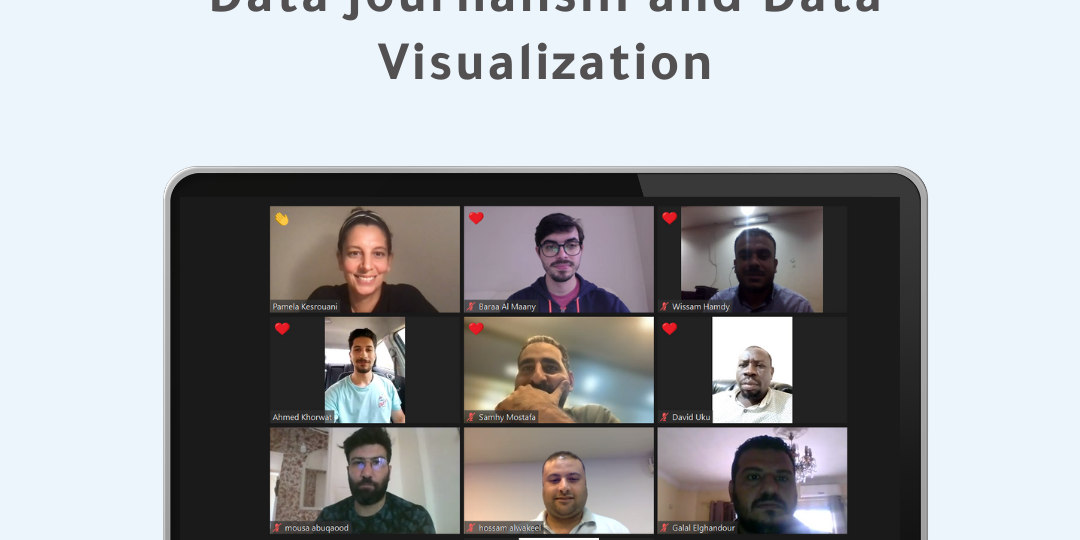 In partnership with the Google News Initiative, the Arab Fact-Checkers Network (AFCN) led by ARIJ concluded the series of sessions under the title “Data Journalism and Data Visualization”, where the fourth and fifth sessions, which attended by 13 participants, were organised on 21st and 22nd of September 2022.

Coached in the two sessions, the journalist and trainer Pamela Kesrouani, Teaching Fellow at the Google News Initiative for the Middle East and North Africa. The sessions were moderated by Fact-Checker Ahmed Khorwat, AFCN’s Community Manager.

On the first day, Kesrouani explained storytelling techniques starting from exploiting data open sources such as Google trends & Google public data, or using Google forms in case of collecting private data through questionnaires. She then elucidated data visualization tools to present data in the form of a graph through Data GIF Maker and Flourish.

Adnan Ali Al-Jubouri, an independent fact-checker from Iraq, commenting on his benefit from the sessions, “I improved my skills in using Google Maps and learned how to deal with other programs and tools like Google forms & Google Public Data, and other sites that provide information.”

The independent fact-checker, Wissam Hamdy from Egypt, also expressed the good impact of the sessions on his abilities, wishing to participate in such training and workshops in the future.

It is worth mentioning that the cooperation between the Arab Fact-Checkers Network (AFCN) and Google News Initiative have been maintained by providing a series of trainings throughout 2022, hopefully, these trainings succeeded in providing capacity building opportunities and enabling fact-checkers in the Arab world to master the tools that will aid them in fact-checking.