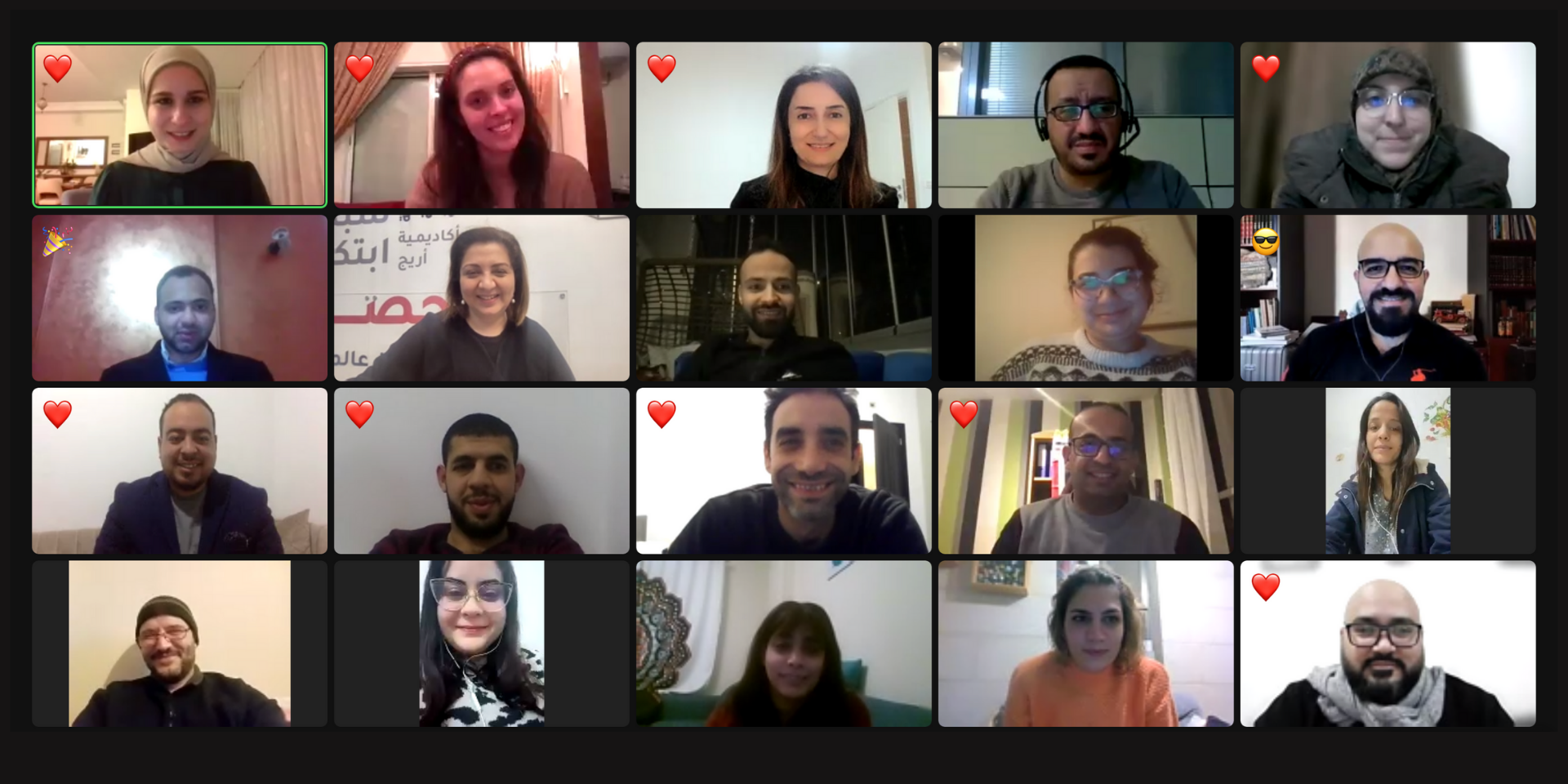 The Arab Fact-Checkers Network (AFCN) by ARIJ organised its first regional meeting, which included 18 fact-checking organisations/initiatives and some freelance fact-checkers from more than 10 Arabic countries. For the first time they gathered in a closed meeting to discuss the first draft of the network’s code of principles.

The Meeting was opened by AFCN manager Saja Mortada, who welcomed the attendees, pointing out the need to strengthen the cooperation and networking between them, in order to develop fact-checking in the region.

The session was moderated by AFCN trainer and consultant, Rasha Faeq, who introduced the network, its objectives and the development of the code of principles. The participants discussed these code of principles and presented suggestions and ideas to evolve them so that they suit the nature of their work and the challenges they face.

The meeting was concluded by ARIJ Director General – Rawan Al Damen – who stressed the importance of strengthening communication between fact-checking organisations in the Arab world because of its great benefit in enhancing accountability and restoring confidence in media.